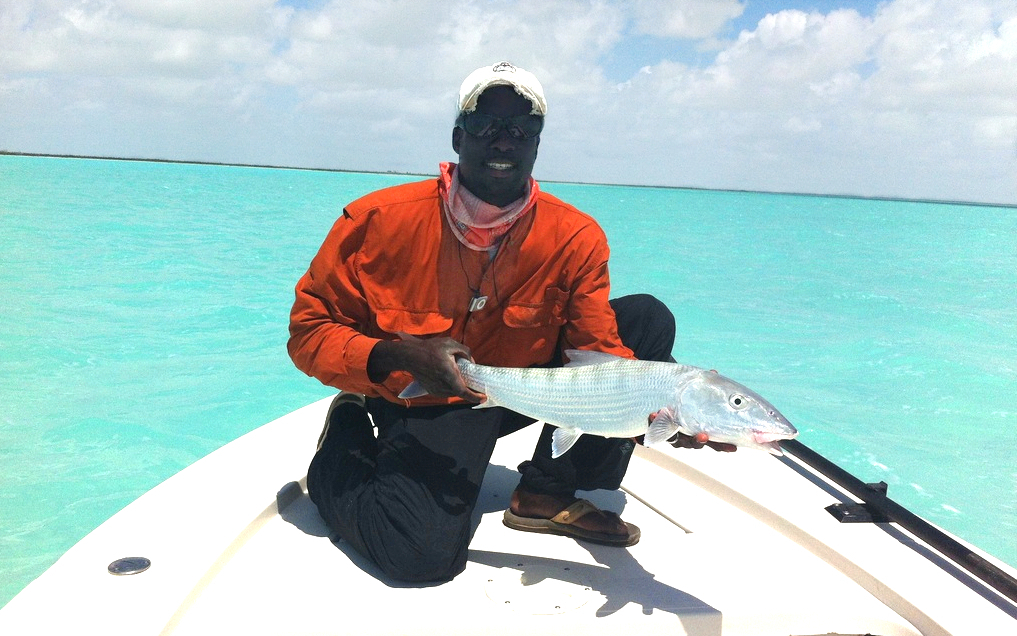 Bonefish are often the first flats fish that anglers encounter, and these same anglers can catch these fish right away with few problems in most parts of the world.  Although these fish are relatively common, they are still incredibly special.  This is especially true for bonefish over ten pounds.  There are a few destinations in the world where you can encounter a double digit bonefish.  A favorite spot of many a legendary fly angler is Andros Island in the Bahamas.  These Big Andros Island bonefish inhabit some of the most beautiful flats in the world, and at the right time, you can have multiple shots at trophy bonefish on a given day.  In this podcast, Capt. Shawn Leadon from the Andros Island Bonefish Club shares some of his experiences with these big fish and fills us in on how to put the odds in our favor for these awesome fish of the flats.

LINKS AND RESOURCES RELATED TO THE PODCAST

A three-pound bonefish has the capability to rip anglers to their backing.  Once you start talking about the double-digit fish, you’re going into another realm of power.  These fish have lived through the ospreys, sharks, and barracudas and have probably seen an angler or two.  At the same time, these big fish need to take in many more calories than their smaller counterpart.  Big Andros Island bonefish seem to act as the predators they are.  They get excited with big fly patterns, and they supplement their diets heavily with minnow species in addition to crustaceans.  Heavy tippets and smart approaches to playing these special fish will get the fish in as fast as possible and allow us to release our bonefish with as high a chance as possible to survive and roam the flats.  This will give future generations of anglers the opportunity to cast their fly to a double digit bone, and like Capt. Rupert Leadon, say “Gotcha!”